The Running Back that Hated to Run

I have long been fascinated by the story of Curtis Martin.

Curtis Martin retired from the NFL in 2005 as with the fourth most rushing yards in the history of the league and was inducted into the NFL Hall of Fame in 2012. While there is nothing extraordinary in that, what fascinates me is something that Martin shared in his Hall of Fame acceptance speech: he never really liked football… and he hates running.

I’ll let that sink in for a minute.

Martin explains a little more in his induction speech:

I’ll tell you this, I came into Canton this week, and everyone here who knows me, this section, everyone knows me.  You know that I was never a football fan.  I wasn’t the type of guy to watch football.  I could probably count on one hand how many football games I’ve watched from beginning to end in my lifetime.

Also, another thing about me is I played running back.  I’m up here because of how many yards I ran.  Everyone who knows me also knows that I hate to run.  I don’t like to run at all.  I box now to stay in shape just because I don’t want to run anywhere.

But this has been an incredible road for me.  When I’m in situations like this, especially when I’m being honored for something that I’ve achieved in football, it always makes me feel a little awkward and out of place because I’ve just never really been able to identify with the love and the passion that a lot of my colleagues and a lot of the other alumni of the Hall of Fame have.

Most of these guys have lived for the game of football and eat, breath, sleep football.  I was someone who was somewhat forced to play football.  I can remember draft day like it was yesterday.  My family and I were sitting around and were watching the draft.  The phone rings and it’s Bill Parcells.  I answer the phone and say “Hello,” and Parcells says, “Curtis, we want to know if you’re interested in being a New England Patriot?”  I said, “Yes, yes, sir.”  And we hang up the phone.  As soon as we hang up the phone I turn around to everyone, and I said, “Oh my gosh, I do not want to play football.”

No, you’re laughing, but this is the truth.  I turned around and said, “I don’t want to play football.  I don’t even know that I like football enough to try to make a career out of it.”  My pastor at the time was a guy by the name of Leroy Joseph, and I’m so glad he was there to talk some sense into me.  He says, “Curtis, look at it this way, man.”  He said, “Maybe football is just something that God is giving you to do all those wonderful things that you say you want to do for other people.” I tell you, it was like a light bulb came on in my head.

That became my connection with football.  I don’t know if he wouldn’t have said that to me if football would have gotten out of me what it got out of me.  I definitely wouldn’t be standing here.  And ever since he said that, I knew the only way I was going to be successful at this game called football is if I played for a purpose that was bigger than the game itself because I knew that the love for the game just wasn’t in my heart.

For Curtis, football was the platform that allowed him to be able to do the things that he really wanted to do: help people in difficult circumstances. What amazes me about his story is that Curtis Martin was able to find a “through-line,” a way to use something that he wasn’t all that excited about in order to do that which he was called to do.

What is it that God has given you to leverage for your true calling? 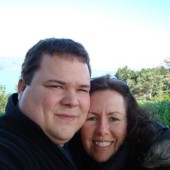 I’m Matt Steen, and I love the local church.

I also love Theresa, and have a pretty significant (unhealthy?) attachment to the Washington Redskins, Washington Capitals, and the Baltimore Orioles. I grew up in the Baltimore area, which means that I am addicted to steamed crabs and Old Bay.

Theresa and I were married on Flag Day, 2008 and currently live in Waco, Texas where I am studying at Truett Seminary. After spending years on church staff, planting a church, and coaching church leaders I started to sense the press of the Spirit to return to school for an MDiv and an MBA. Prior to moving to Waco, Theresa and I had the opportunity to live on Long Island, where we cared for her father, and Baltimore, where we got to plant a church. My pre-Theresa days saw me serving churches located in the New York City area (Bergen County, NJ), and Atlanta area (Lawrenceville), while pursuing my undergrad at Toccoa Falls College and completing it at Nyack College.

1 thought on “The Running Back that Hated to Run”